I lasted visited Will Portis during his Art hop reception in Fresno California at Fresno City Hall in January of 2010. Will Portis Exhibit was on second floor,  his work in Realism and Abstract were admired by the public in this community art space dedicated to artists living and working in Fresno. Music was by: Peter Moedyic.
So two years later I asked Will Portis what he had been up too. He had just deinstalled an exhibit at the African American Historical and Cultural Museum of the Central San Joaquin Valley, which was for December's celebration, and he was the featured artist for Art Hop. He also had completed a large scale mural for El Capitan Middle School, in the Central Unified School District in November 2012. The mural celebrates the school's "Performing and Visual Art Program." 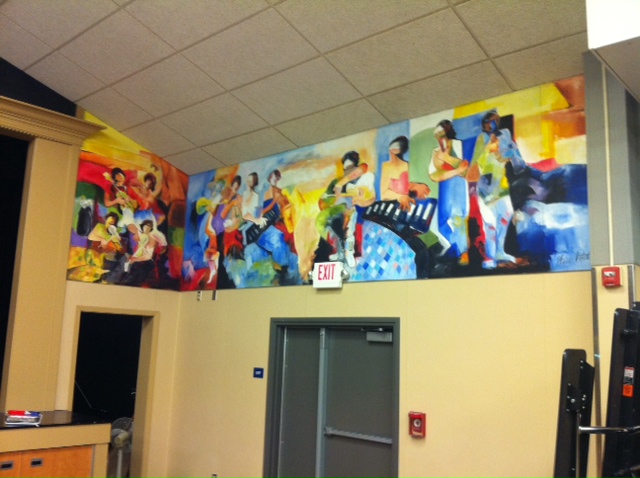 Alpha: How in the world did you get up there, or did you install it after you finished it in your studio?
Will: Just to satisfy your curiosity, they provided me with a customized scaffold. They welded a ladder on it and modified the adjustable wheels for mobility. I simply went up and down as needed. 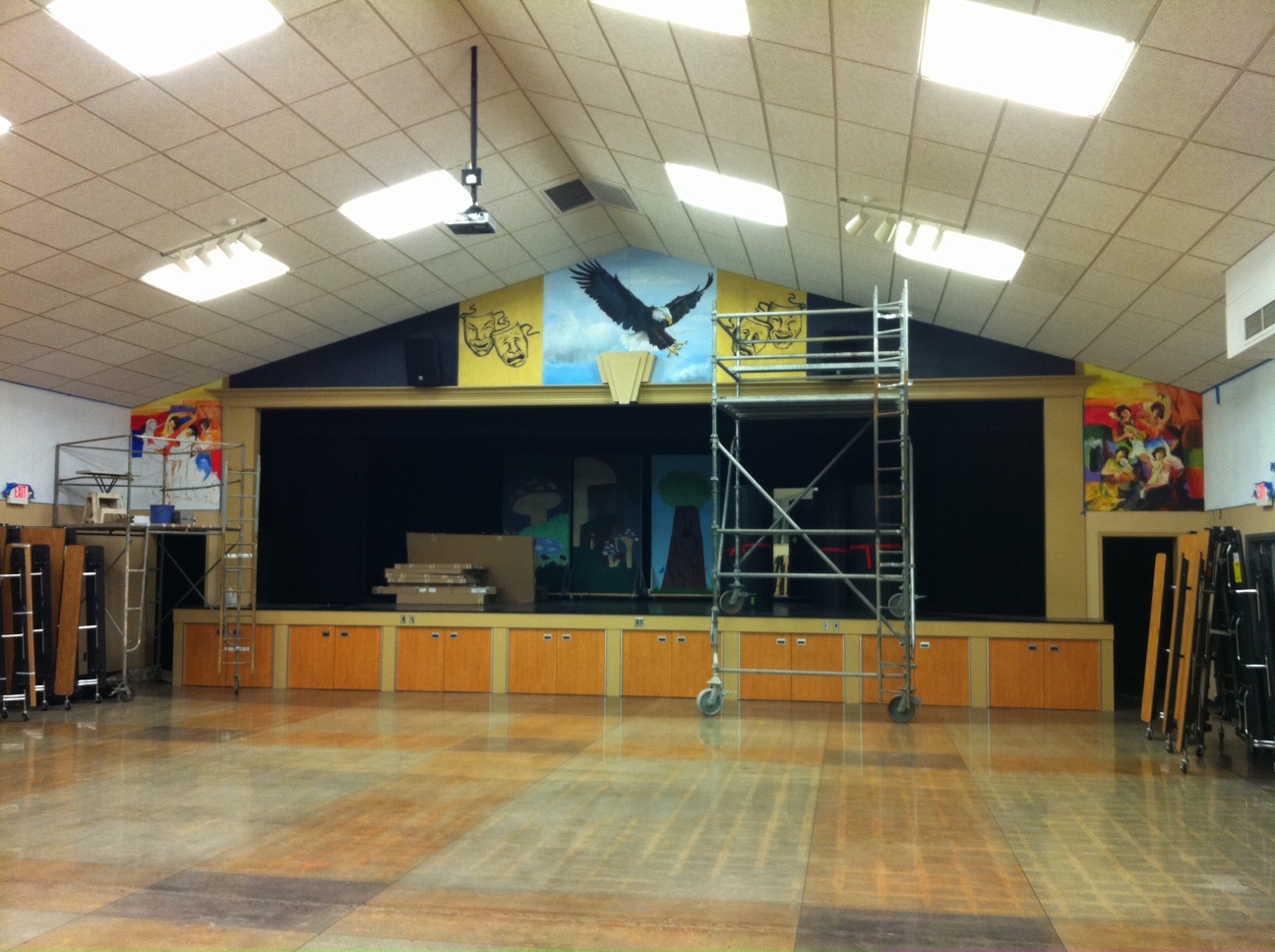 Alpha: How long did it take you to complete it after the design was approved?

Will: I worked on it approximately three weeks, between 5-7 hour each day and two Saturdays. 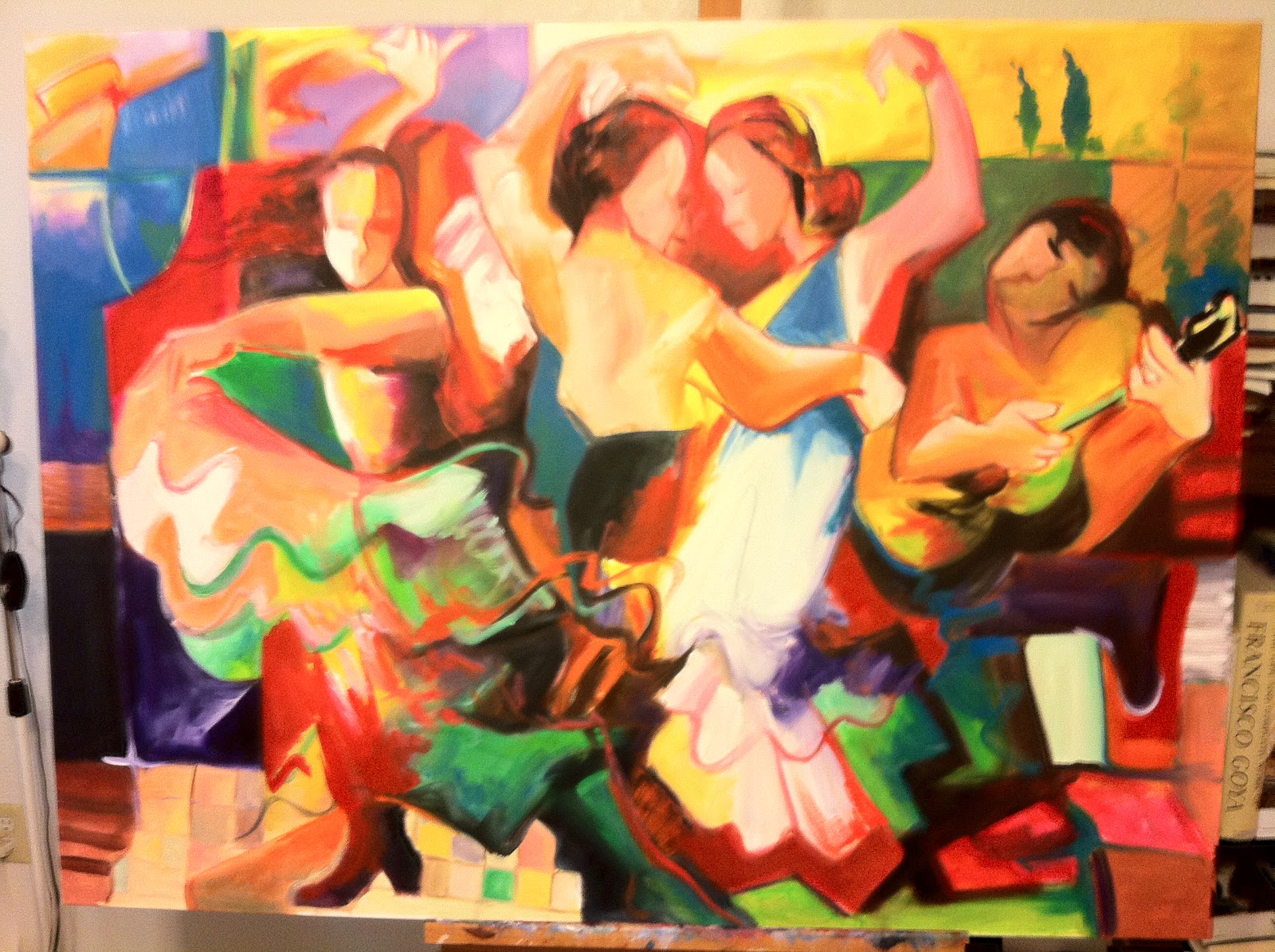 Alpha: What style is this-- its beautiful, I love your color palate?


Will: This style of painting is like an exercise for my very intense representational style influence after the Dutch and Italian Renaissance.
Contact Will Portis. Studio Location. 4866 E. Florence St. Fresno CA 93725. Phone/Fax: 559.485.4626. Cell: 559.906.3090. willportis@yahoo.com. willportis.com 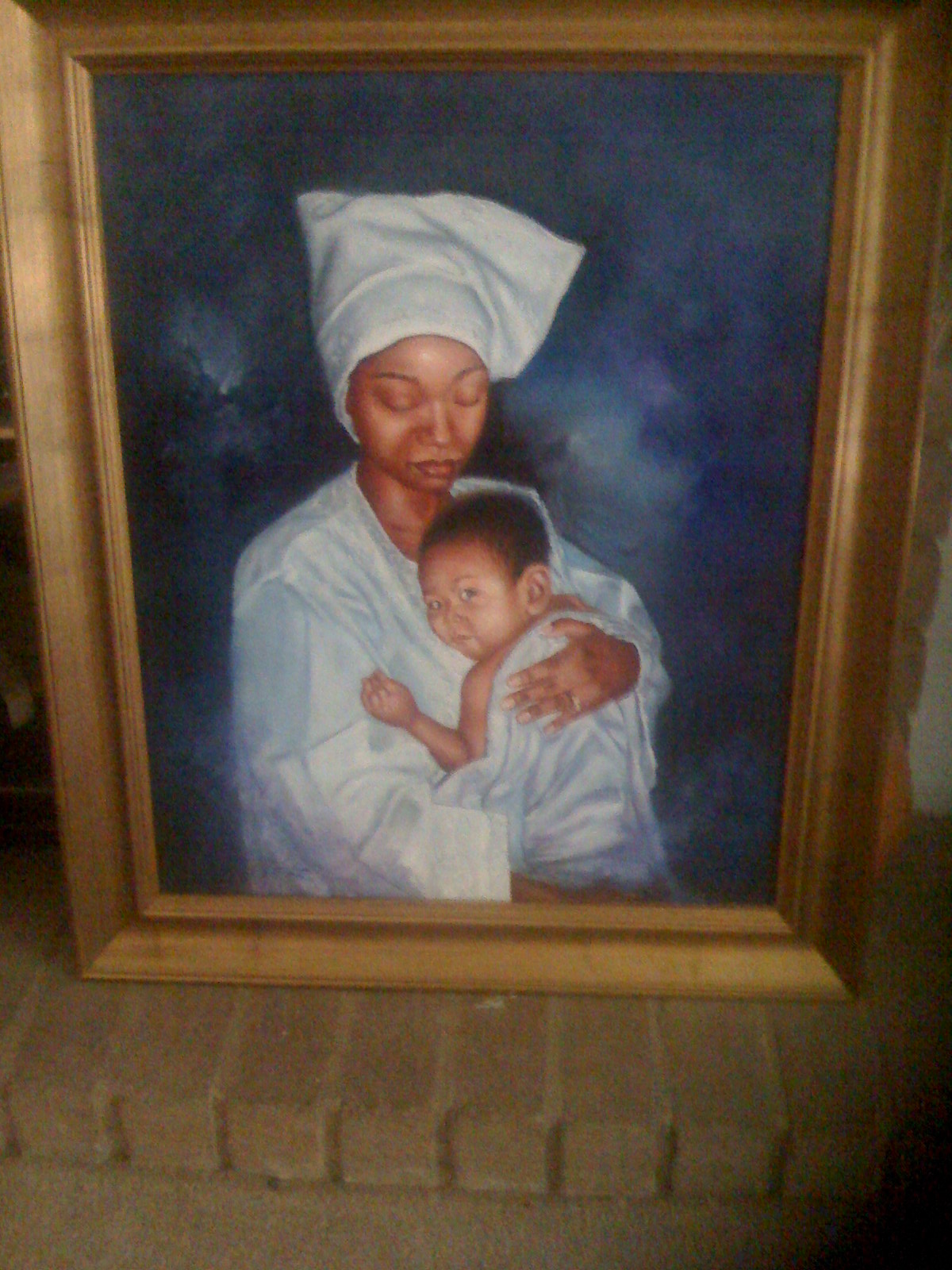 ABOUT THE ARTIST:
Will Portis
Will Portis began his career in art while still in high school as a display artist for the Goodrich Tire ; Rubber Company. Since then he has created hundreds of works of art, both commercially and as a private fine artist. Mr. Portis is an accomplished portrait artist as well as a master of landscape art. In addition to his paintings on canvas, Mr. Portis’work can be seen on the numerous murals he has completed over the years.
Will Portis, who describes his style as “natural realism”and “abstract realism” has been hailed as a modern renaissance artist by many. His paintings have been noted for their dramatic lighting and bringing out the character of his subjects.
Mr. Portis attended the University of Akron for Fine and Commercial Arts and holds a Master’s Degree in education. In addition to being a working artist, Mr. Portis is also available for private instruction.

Resource:
While I was researching the school district this mural was painted for I found this link to the Old Central High School Music Hall, at 2045 N. Dickenson Avenue, Fresno, CA 93723.
The Music Hall was built through the WPA in 1939.
Location notes:
Formerly the Central Union High School.
Coordinates: 36.765292, -119.970188

The Living New Deal website is a clearinghouse for information about the New Deal. Help us build an online library of documents, studies, films, books, and other web resources about the New Deal, then and now by submitting.
Email Post