Sojourner Truth: The Forgotten History of the Slave Who Fought For Women's Rights

The Phantom Gallery Chicago Network has sustained during the COVID-19 Pandemic, due to the support of the SOJO Art Museum, one of the Phantom's network partners. Shonna McDaniel's has worked with me over the years, from 1990 founding member of Celebration Arts Visual Arts, 1995 to one of the co-founders of Visual Arts Development Project. She started her museum project in 1999. 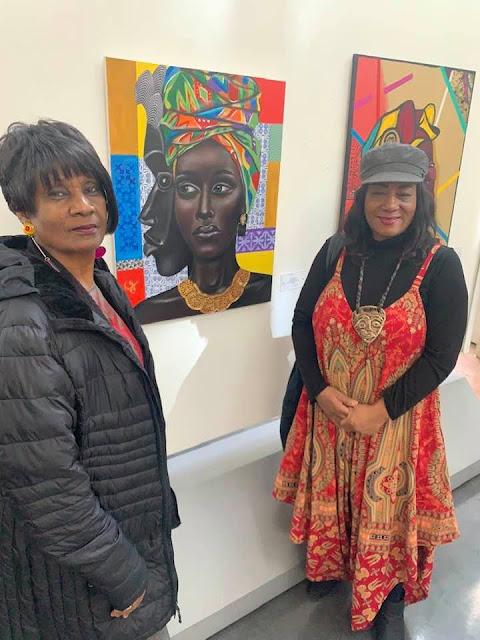 Parent and Founding Board Director Ollie McDaniel's and Shonna McDaniels

From the archives of the Resistance Library: Unsung Heroes The Forgotten History of the Slave Who Fought For Women's Rights

Sojourner Truth: A Legacy Although Truth saw the 13th Amendment passed, she did not live to see women granted equal rights. Even so, Sojourner Truth has been recognized as having a huge influence on the women’s equality movement and that her influence helped pave the way for the 19th Amendment, which wasn’t ratified until 1920.

In recognition of her efforts, Truth, along with four other women and the 1913 Women’s Suffrage Procession, will be featured on the $10 bill in 2020, as part of the 100-year celebration of women winning the right to vote. Sojourner Truth was also memorialized in 2018, with the U.S. Navy naming a ship the USNS Sojourner Truth. She was the inspiration for the NASA Mars Pathfinder Robotic Rover, “Sojourner.” Smithsonian Magazine listed her in the “100 Most Significant Americans of All Time.” She has been inducted into the Women’s Hall of Fame and her face has graced a USPS stamp. Although recognized as a hero today, Sojourner Truth’s life was not an easy one. Yet even when, literally, stoned and beaten, Truth continued to fight with words and with dignity. She stayed with her truth and worked to change the world.

This tribute was written by Molly Carter Ammo.com's Resistance Library: Unsung Heroes The Forgotten History of the Slave Who Fought For Women's Rights You're free to republish or share any of our articles (either in part or in full), which are licensed under a Creative Commons Attribution 4.0 International License. Our only requirement is that you give Ammo.com appropriate credit by linking to the original article. Spread the word; knowledge is power!